Airplane WiFi Is About To Get Much Better 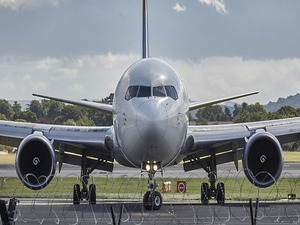 One company, Gogo, has been trying to change that. Their first in-flight WiFi service was a step in the right direction, but only offered a total of 3Mbps in total available bandwidth, which of course, meant that for each individual user, the rate was significantly less than that, and the system was prone to being overwhelmed by all the demands business travelers were regularly placing on it.

That will soon be changing.

Responding to the ever-increasing and largely ignored needs of today’s business travelers, Gogo is in the process of testing the 2.0 version of their service, which promises to link directly to a satellite in geosynchronous orbit, replacing the company’s current air-to-ground based system.

The new system promises to offer an impressive increase in available bandwidth, taking it from the current 3Mbps to 75Mbps, but of course, the individual user will not have access to all of that. The plan is to limit individual users to speeds of 25Mbps down, and 0.5Mbps up. The hope is that this move will make it easier to get reliable connectivity speeds and make it possible to do meaningful work in-flight, while rendering it unlikely to impossible to engage in internet phone calls and/or in-flight video conferencing, which would all but cripple even the new system.

There is no firm timetable yet for the roll out of the new system, dubbed “2Ku,” but there is broad agreement that this is a major step in the right direction, and should see a major improvement, in what has been to this point, one of the more annoying aspects of business air travel.