Always Connected Laptops Could Be The Next Generation Of Hardware 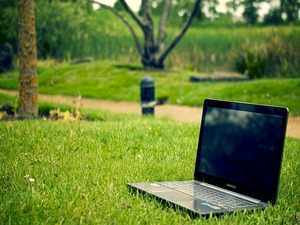 Forget about plugging into your company’s network. Forget about free WiFi Hotspots. With an always-on PC, you won’t have to worry about either. If they’re not available, your PC can connect via the same cellular data network your smartphone uses, which means you’ll always be just a few mouse clicks away from your data.

It sounds fantastic, but there is, of course, one giant wrinkle in the equation: cost. More specifically, although several major hardware manufacturers are planning to sell always-on PCs soon, nobody knows how much the data plans will wind up costing in the longer term.

A few telecommunications companies have already given some indications here. T-Mobile has announced that its ONE unlimited service will be available for $20 a month. AT&T’s rates are significantly higher, charging $30 a month for 3GB of DataConnect data, and Verizon is charging $10 a month per gigabyte of data.

Depending on how much data you’re working with, that can get expensive very quickly. You could easily wind up paying more on your data plan than the PC itself set you back, and that’s before taking into account what impact the recent reversal on the Net Neutrality policy may have going forward.

One thing’s for certain: carriers won’t be able to get away with charging too much for the service, or customers will simply opt not to play the game, preferring to continue to flock to free WiFi hotspots as they’re doing now.

The first always-on PCs will start shipping in 2018, at which time we’ll find out how anxious the market is to embrace the new feature, and what kind of premium they’ll be willing to pay for it. Stay tuned.