Apple Is On Track To Become A Trillion Dollar Company 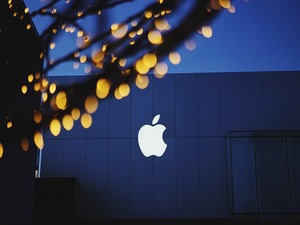 Mr. White is not alone. Another analyst, Amit Daryanani, working for RBC Capital Markets, has made a similar prediction, stating:

“In our view, Apple’s quarterly results will be less important this summer as investors are focused on the iPhone 8 this fall, along with the company’s raised capital distribution initiative, depressed valuation and potential new innovations. We believe Apple remains among the most underappreciated stocks in the world.”

If you don’t yet own stock in the company, now would probably be a great time to buy. As Apple edges closer to the one trillion-dollar threshold, it’s sure to generate an increasing number of headlines, which will increase interest in the company and push the stock price higher still, hastening the day when it hits the mark.

If you already own a stake in the company, hold onto it, and if you concur with Daryanani’s assessment, add to it as you’re able. You could soon be the proud owner of a tiny slice of investment history.