Apple Wants To Teach Kids To Code With New App 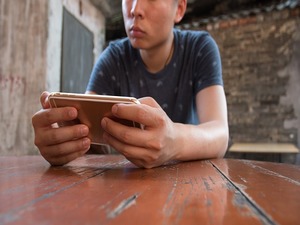 The app is called Swift Playground, and with it, Apple is actually prepping kids for a career at Apple itself.

Based on the Swift language, used for iOS, OSX, WatchOS, tvOS and Linux, it’s a graphically-based, open ended playground/sandbox that helps young coders learn real skills in a non-linear environment. The app assumes that its users have no background or experience with coding, but make no mistake, it can be used to create real apps with genuine functionality.

What sets Swift Playground apart from other apps and programs designed to help teach young people to code is the fact that it’s gotten the attention of educators around the world. This fall, there will be more than 100 schools and districts around the world spanning from the US to Europe to Africa teaching Intro To Coding-type classes that will feature Swift Playground as part of their curriculum.

That said, it is but one of a number of great ways you can learn how to program, regardless of your skill level. If it’s something you’re interested in, start playing Minecraft, or grab a free copy of Game Maker, which has an intuitive, drag and drop, object oriented interface that allows you to create workable apps, mockups and prototypes with ease, regardless of your skill level.

Kudos to Apple for the new app, and for making teaching programming to young people fun and engaging. The next digital Picasso may learn his craft courtesy of Swift Playground.