Are You In The Drone Zone? 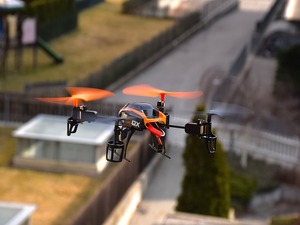 Yet the march of the drones is likely to be inexorable. Already there are companies finding some very useful applications for these gadgets, and each new drone product launched offers more and more sophisticated capabilities.

So, what are the business applications likely to be? Leaving aside the work which Amazon is undertaking on the possibility of delivery by drone many companies are already finding applications which are putting cash onto their bottom line. In just about every single case, it’s the ability to photograph from the air which is providing some unique benefits.

Among these companies are real estate agents. Drones can fly slowly over a property, or a particular area, giving the potential buyer a great bird’s eye view of a home and its surroundings. A picture, of course, is worth a thousand words, and a moving picture shot from an unusual angle is even more compelling – and could be the money shot which closes a big sale.

Agricultural and forestry use is another important category which is rapidly being exploited. A drone can take shots of the development of a crop, can look out for weeds, bugs and pest damage, in places which would not normally be easily accessible without creating damage or incurring excessive expense.
Resorts and hotels are moving in on the action, using drones to film the attractions they have on offer. A drone can hover slowly, giving a great picture of that pristine beach or the magnificent gardens.
Inspection of buildings is another growing area. Imagine that you are a roofer. Being able to send up a drone to inspect a roof without the need to put up expensive and intrusive scaffolding, which might not even be needed, is a great boon. People maintaining and restoring ancient or historical buildings are rapidly adopting the technology for non-invasive inspections of delicate stone and brick work. Equally, modern high rise buildings can be inspected frequently for issues such as cracking, again, saving a lot of time and money.

Inspecting roads, including signs and lighting and railroad tracks and signals, is another immediate application. Currently this is often undertaken by light aircraft, but drones are going to increase the viability and at the same time greatly decrease the cost of this kind of remote inspection.

One of the most popular and immediate commercial uses of drones is for particularly romantic and un-intrusive wedding photography. The event can be filmed in detail, showing the entire congregation, focusing in on particular individuals and creating an almost movie like end result.

Of course there are still issues with drones, safety and privacy being the main ones. However, we are going to see a lot more commercial use of drones for the future – can you benefit from this leading edge technology in your company?