Are You Ready For A 10 Core Processor? 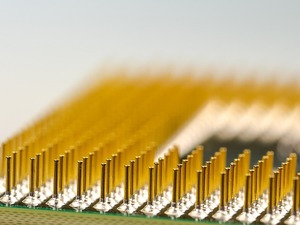 The one caveat that accompanies the new chips is price. For a top of the line processor like this, the prices start just over $1700. Add in the high-end graphics card and other components you’d need to make the most out of that kind of processing horsepower, and you could easily be looking at spending a good amount for your next PC. On the other hand, it’s hard to put a price tag on bragging rights.

So who would use a beast of a processor like this, realistically?

Two potential applications come immediately to mind. High-end video editing could make exquisite use out of such power, as could anything dealing with virtual reality, from VR gaming, to 3D product and prototype development. While today’s commonly used quad-core processors might struggle with such things unless you really beef up the rest of the system, Intel’s top end processor could handle anything on the market today with ease.

If your company is currently engaged in a project where this kind of high end processing power would come in handy, you owe it to yourself to check out the 10-core for yourself. It just might be exactly what you’re looking for. Of course, if you’re an avid gamer in your downtime, you might also want to pick one up for home entertainment use. As we mentioned above, a PC built around that kind of processing power will cost you a pretty penny, but you’d have an unbelievably robust system.