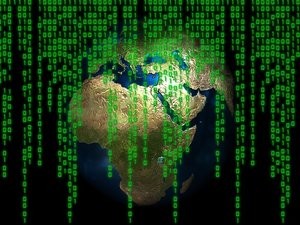 What happened to Windows 9?
When Windows announced that the latest version will be Windows 10, many customers were puzzled (and many still are). After all, the latest version of Windows is Windows 8.1, so logically, the next update to Windows should be 9.0 at the most, right? Wrong. The reason Microsoft’s new Windows is dubbed Windows 10 is to stress that this is not another incremental update from 8.1. This is a whole new generation of Windows. To quote Tony Prophet, Microsoft Marketing Manager, “Windows 10 is not going to be an incremental step from Window 8.1. Windows 10 is going to be a material step.”

What makes it so different?
For one thing, Microsoft is listening to customers this time around. With Windows 8.1, Microsoft decided for itself what business customers needed in an operating system and put it out there for them to be amazed at. They were not amazed or amused; for the most part, business owners said this is definitely not what they needed or wanted, and Microsoft received complaints over and over again. This time around, Microsoft has learned its lesson and has not only listened to the business customers, but has even included them in the process of designing and implementing Windows 10.

What’s in it for me?
The most important question for business customers, of course, is, “What will this new version of Windows do that my present version of Windows doesn’t already do, and what features of Windows 10 will enhance my present IT infrastructure?” The answer is that the new Windows will increase their business productivity, it will allow for greater cross-platform compatibility, and it will provide greater security enhancements than their present operating system.

Increased Security
To start with, Windows 10 will offer your business increased security by implementing a multi-factor security strategy. What this means is the user of a system running Microsoft Windows 10 will enroll a device as a factor, such as a smart phone, and as long as that device is in proximity of a Windows 10 system, that user will be able to sign in to the system. The second factor will be a pin number or (for increased security) a biometric scanner (such as a finger print or retina scanner). By using a multi-factored security strategy, an end user will be able to log into the system from any number of devices or computers safely and securely.

Windows 10 will also offer a proactive data loss prevention (DLP) solution that will separate business data from personal data and protect it by using containers. Business and corporate-sensitive materials will be automatically encrypted using BitLocker on-disk encryption. This encryption will happen “on the fly” as soon as a document or other corporate file is received or created. The user will supply certain perimeters to define what is business and what is personal, and Windows 10 will automatically do the work of protecting and securing the vital documents and files on your business network. Windows 10 will provide business customers with the tools necessary to allow more secure VPN access, as telecommuting has become more and more common. Employees can access important corporate data from their own devices and still maintain a high level of security, through encryption.

Increased Productivity
With Windows 10, there will be virtually no learning curve. Windows 10 is based on the familiar Desktop and Start menu of Windows 7, but will offer an enhanced version of the start menu by allowing single click access to most used functions and files. In addition to providing an enhanced start menu, business customers can now set up virtual desktops quickly and easily. You can then easily switch between desktops depending on what aspect of your business you are involved in, such as database management, website development and maintenance, and customer feedback and correspondence. By creating separate desktops, you can easily enter the necessary workspace to quickly access programs and files without having to open and close numerous files, folders, and applications.

Cross-Platform Compatibility
In April of 2014, Microsoft introduced its universal apps model. This allows programmers to write one application and have it run on different computers, phones, and tablets. What this means is that you can use the same application to keep track of your inventory in the office, on the road, from your home, or anywhere in the world without having to download different systems and without the hassle of trying to integrate different applications from different platforms.

The same database software will be available on any device running Windows 10, as well as on your corporate email program, word processor or any other program or document. With a universal app model, all of your documents and programs will be on the same page, allowing you more functionality without having to have separate versions for each platform, which translates into less overhead costs and easier updates and fixes.

This all sounds good, but is it worth it to upgrade?
With all of the security and productivity enhancements coming with Windows 10, the next logical question to ask is whether it will be worth it to upgrade to a new operating system. Can you justify the cost of the operating system and the time it will take to move all your computers to the new system? There is some more good news for you. Windows 10 will be available as a free upgrade for the first year after its release. Yes, you read that right. Windows users will be able to upgrade from 7 or 8.1 for free, though some hardware and software requirements may apply! That’s a bottom line most business customers can appreciate. Not only is Microsoft offering a free upgrade, but the system is easier to integrate into your current operating system than any version prior to this. What this means to you is that you won’t have to lose valuable data or reinstall several components to immediately implement this software. Upgrading to Windows 10 is a snap, and you can use most of the software you currently have running, so moving over to newer Windows 10 apps can be done at your leisure over a slow roll-out period. This makes switching to Windows 10 an easier decision than ever.

Taking into account all of the features available in Windows 10, along with the free upgrade options, the easy portability, the enhanced security and Microsoft’s newest model for dealing with their business customers (by listening to them and implementing what they need and want), it’s not hard to see why many businesses and corporations will be going with Windows 10. It’s going to change the way you do business, and it’s going to change the way you think about operating systems.