CES Booth Raided By Feds – Over a Hoverboard? 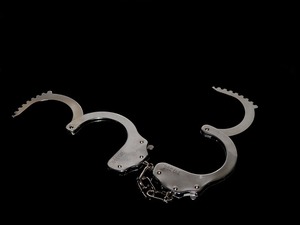 A company called Future Motion, which claimed there was a copyright infringement on the one-wheel design of the board, prompted the federal action. A brief telephone conference was held, during which, Future Motion representatives claimed damages based on the appearance of this knockoff board at such a major conference. The evidence provided was compelling enough to elicit Federal action, and the agents moved in. A temporary injunction has been issued, pending a full investigation into the matter.

While the object of the seizure (a “hoverboard”) may seem trivial, the action itself, and the events surrounding it are anything but. International corporate espionage is a sad, expensive reality in today’s business world, and the fact is that small- to medium-sized businesses are ill-equipped to deal with this kind of thing on their own. Many of China’s largest corporations get extensive financial help from the Chinese government, and have virtually unlimited resources to fund hackers and other business intelligence agents, intent on making off with your company’s trade secrets.

With few exceptions, the greater bulk of our innovation comes from small and medium-sized business, which makes having federal watchdogs who aren’t afraid to swoop in when called upon to do so all the more important. This story underscores one of the success stories, and brings to light the importance of contacting the proper authorities if you suspect your own trade secrets or proprietary data may have been compromised.

We have a fairly robust system in place to assist business in these kinds of situations, but it only works if you take the initial step of reporting any suspicious activity or suddenly appearing “knock off” products. Guard your secrets, and when you feel they’ve been exposed, be quick to get the feds on your side. You don’t have to go it alone, as this example illustrates.