Cheap Router Blamed For Hack – Are You Running Business-Grade Solutions? 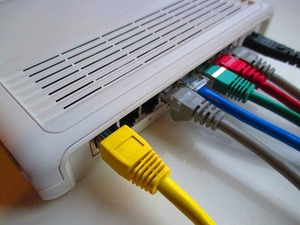 Of course, an investigation into the matter began immediately, the results of which are both disturbing and terrifying. The root cause of the hack, and the thing that allowed the hackers to ultimately gain access to the system was the bank’s reliance on substandard hardware.

The Bank of Bangladesh relied on used, second-hand routers they picked up for around $10 to connect its global banking network computers. This, coupled with the fact that the bank did not have a firewall in place, made them an easy target. Had the company been using business-grade hardware and had a robust firewall in place, it’s likely that this wouldn’t be a story today, because the hackers would have never been able to succeed.

The lesson here is simple. While the temptation to save a bit of money on the hardware side of things is at times great, the reality is that hardware designed for personal or home use just isn’t as robust as business-grade hardware. Yes, it will cost you a bit more on the front end, but as the people at the Bank of Bangladesh so recently and painfully learned, taking short cuts on the front end can lead to painful, and completely avoidable consequences later on.

Are you using robust, business-grade hardware at your firm? What firewall software are you using? If you don’t know the answers to these questions, now is the time to find out, before the hackers target your company next.

If you’re unsure where to begin in terms of upgrading your hardware and keeping your core systems protected, contact us today, and a member of our team will be happy to assist you.