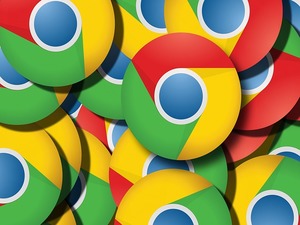 Although battery life has been bad when using Chrome for laptops across the board, Mac users have been especially hard hit. But the new version of Chrome will see an improvement by about a third in terms of battery life. All platforms will note a roughly fifteen percent improvement in overall speed and performance.

Performance-wise, the biggest enhancements come from improvements in page scrolling and image/video rendering. In particular, if you’re streaming videos from sites such as Netflix or Amazon Prime, you’ll notice a big boost in both performance and battery life.

There’s one area that Chrome is still struggling with where efficiency is concerned. The biggest drain on efficiency that the software currently has remaining revolves around Adobe’s Flash player. That’s a work in progress with some improvements as of Chrome 53, but by Chrome 54, Flash support will be disabled by default, which is shocking news for some, given Flash player’s once dominant position on the web.

All things considered, Chrome 53 is a solid update, and if you’re a Chrome user, regardless of platform, it will be well worth the time spent to update. If you are primarily a laptop or handheld user, and Chrome is your browser of choice, upgrading is doubly important, and taking the time to do so will give you a significant improvement in your machine’s battery life. Here’s hoping we live long enough to see the day when battery life is measured in weeks rather than hours, but until that happens, every little improvement helps!