Dealing With Different Types of Customers 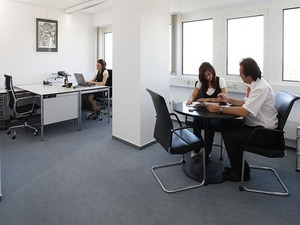 The vast majority of your customers will fall into this category. They’re not expecting the moon from you, but they are expecting fair and decent treatment. This group is the easiest to keep happy, but if you should cross the line with them, you’ll probably lose them forever. This group represents the heart and soul of your customer base. Without them, you don’t have a business. Treat them well.

This group has a sometimes loud, restless intensity about them. When they make a demand, they want an answer right now. When they have a problem, they want it resolved yesterday. Any delay in problem resolution will lead to an epic, vocal outpouring. This group almost universally regards themselves as highly important. Nobody else matters. The only thing that matters is them, and whatever problem they’re having. If they detect that you’re not dropping everything to deal with them, they’re likely to explode. The best way to deal with them is with kid gloves. Whenever possible, try to deal with them in isolation, getting them away from your other customers to minimize the risks of a public spectacle.

These customers are a subset of the “Just Regular Folks,” with the major difference being that they’re notoriously hard to read. You can never quite tell how they’re feeling about things, and because of that, it’s hard to tell if they’re on the verge of exploding with frustration, or feeling pretty good about things. The best thing to do here is always tread carefully and with respect, just to be safe.

You know the type, and you’ve no doubt dealt with them before. They’re angry. All the time. About everything, including you and your company, the products it makes, and the services you provide. Everyone and everything is beneath them.

Speaking in quiet tones is the best way to disarm an angry customer. It forces them to stop shouting, if only so they can hear what you’re trying to say to them. Not to mention, it’s really quite difficult to continue yelling at someone who’s speaking at just above a whisper. Try it and see. It works wonders.

Thankfully, there aren’t many of these in the world, but they do exist. These folks are either insane, unbalanced, or have too much free time. They tend to stalk, badger, invade social media and try to spoil it for everyone, and the like. If there’s one type of customer that can get under your skin, and make you lose your cool, this is the type.

The trick is – that’s what they want. That’s what they’re hoping for. If they make you lose your cool in public, they “win,” in their minds. The best way to deal with them is quietly, calmly, and professionally, and should they cross the line into outright illegal behavior, report them at once and let the authorities handle them.