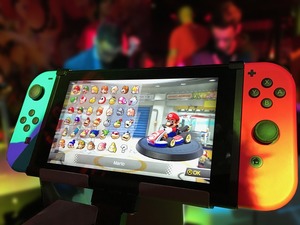 A user views a YouTube video talking about free tools you can use to emulate Nintendo Switch functionality. If the user clicks on the link embedded in the video, they are taken to a website with Nintendo branding and asked to complete a survey to get the unlock code for the free tool.

Agreeing to that redirects to another page, and while the survey is being taken, unwanted software is being installed on the user’s system.

For the time being, all instances of this that have been discovered wind up installing annoying adware, but it would be incredibly easy to repurpose the mechanism to deliver much more harmful software. Combine that with the large amount of personal information that surveys tend to collect, and you have a recipe for disaster.

Yes, the Nintendo Switch is undeniably cool. Yes, it would be great if you could get a free emulator for your PC to enjoy some of those games, but caution should be the order of the day here. Don’t install anything that purports to be free, but then requires you to fill out a survey or give away other personal information in exchange for an unlock code. Be mindful of how and where you’re being redirected when you’ve visiting sites like these, as this is one of the primary mechanisms hackers employ to get you from safe, mainstream domains and into dangerous waters.

So far, this problem is limited in both scope and scale, but the videos being used are highly generic and could easily be adopted for other purposes. The problem could easily spread and grow.