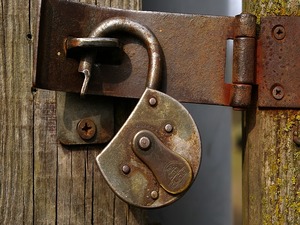 Both Windows 7 and 8 still enjoy a fairly robust installed base, and some people have perfectly legitimate reasons for wanting to stay with the older OS they’re running. This move was greeted with an understandable measure of hostility by that installed base, many of whom have outright said that they’re disabling their auto-updates.

Unfortunately, this is not a real solution. The dangers you open yourself up to by doing this could put your entire company at risk. One disgruntled user found an innovative way around it, though. She simply installed hardware on the system using the old OS that wasn’t Windows 10 compatible.

Of course the best answer is to get into a position where you can upgrade, but if that’s not possible in the near term, then the outdated hardware solution is a better response, by far, than disabling the updates that keep the hackers from your door.

The anger and hostility toward Microsoft in this instance is completely understandable, but the response is rather akin to cutting one’s own nose off. It’s just not smart policy. If you’ve still got machines running Windows 7 and 8 in your company, be on guard against stealthy attempts by Microsoft to force an upgrade. If you would like to evaluate the potential for upgrading, or would like to figure out the best way to protect your systems while staying on Windows 7 or 8, give our team a call and we will help.