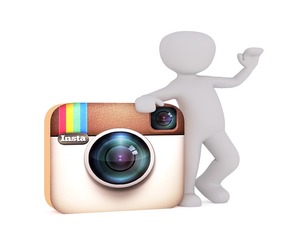 If this sounds familiar, that’s because it is.

The new feature grew out of a desire to keep pace with rival Pinterest, which, not long ago, rolled out a feature called “internet-based inspiration,” which is effectively the same thing.
It is a feature that Instagram’s user base has been clamoring for for quite some time. In fact, some Instagram users have gone to great lengths to approximate the feature, going so far as to take screenshots and save them in folders on their PC’s.

A third party web service also made a bookmark-like Instagram feature available, but of course, using it requires a few more steps than something native to the service itself.

In practice, the big change you’ll note is that when you’re exploring the site is the presence of a new bookmark icon. Clicking it will allow you to save the post in question for review later.

For now, the user who generated the post does not get a notification that someone has saved it, and no one else can see what posts you’ve saved. However, the company is currently keeping their options open on this front, and have not ruled out the possibility of allowing users to make their saved posts visible to members of their network.

From a business perspective, this gives you greater flexibility in terms of keeping tabs on what the competition is doing or saving ideas to review with your team later on if you’re brainstorming for a new creative project and using the platform for inspiration.