Firefox Users To Get Major Speed Boost For Their Browser 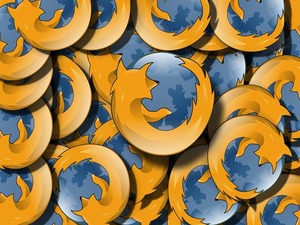 With Microsoft Edge hemorrhaging users at a record pace, Firefox has been picking up significant numbers of Microsoft’s former users as they look for a more stable browser solution.

In recent months, Firefox has been testing a multi-process version of their browser, which separates the web content you see with the software’s UI (User Interface), resulting in a significant improvement in speed, stability and performance.

The problem for Mozilla has been that many of the browser’s third party extensions make switching to the new paradigm a bit tricky, so they’ve been taking a slow and careful approach.

Firefox users who don’t have any extensions installed have been using the multi-process version of the browser for a few months. With Firefox’s next release, version 51, the entire user base will be switched over.

This is great news for laptop users, especially. Edge is seen as flawed and insecure. Google’s Chrome is sleek and fast, but has been proven to drain laptop batteries at a terrifying pace thanks to a bug the company has known about for years, but still hasn’t gotten around to patching, leaving Firefox as the default choice.

Unfortunately, until recently, Firefox found itself lagging far behind Chrome in terms of overall performance. Later this month, however, much of that gap will be closed.

This is excellent timing, and in the months ahead, we can expect to see Firefox’s user base continue to surge as Microsoft Edge continues to flounder. If you’ve been looking for a reason to switch to Firefox, this could very well be what you’ve been waiting for.