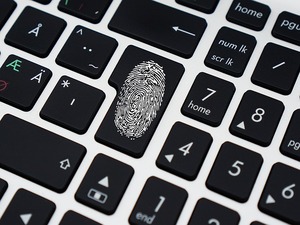 They come in a variety of shapes and sizes, but in Google’s case, they began using text digitized during the course of the company’s massive Book Indexing project.

As that project began winding down, they shifted gears, using street names and other data taken by their global mapping project. Later still, they shifted gears again, adopting a much simpler and less annoying “I am a Human” checkbox, which is a notable improvement, but still an extra step that keeps you from the information you need longer than necessary.

Now, the company is beta testing an invisible version of the “I am a human” check box that relies on machine learning to help separate the bots from the humans and requires no manual checking or clicking.

It’s a huge win in terms of convenience, if it works, and that’s the catch.

While great strides have been made in machine learning with Google at the forefront, it remains to be seen whether the technology is up to the task of differentiating humans from machines.

It’s important, because as smartphones eclipse the personal computer as the king of the digital world, CAPTCHAs are problematic. They’re hard to use effectively, given the small screen sizes of the vast majority of smart devices sold today.

At the root, of course, the problem is the existence of the bots themselves. CAPTCHAs of any kind would be unnecessary if they weren’t a factor that needed to be taken into account. Unfortunately, there’s no way to un-ring that bell. They’re as much of a fact of life on the web as web pages themselves, and until some better paradigm can be developed, the CAPTCHA is the best and most effective method found to date of dealing with them.

That makes Google’s beta test all the more important.