Hackers May Have Gained Instagram Users’ Info Through Mobile Bug 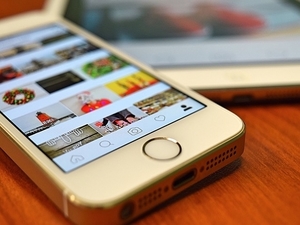 As of right now, the Doxagram site is down, and Instagram is working with law enforcement to not only identify the hackers responsible, but to see to it that another site like Doxagram doesn’t show up somewhere on the web.

Although the initial reports about the hack focused on the celebrities whose accounts were compromised, this latest breach underscores that it’s not just Hollywood A-listers who have reason to worry. After all, with more than six million accounts stolen, obviously the A-listers were a distinct minority, which means that people are willing to pay good money for information on you.

According to an Instagram spokesperson, no passwords were stolen during the breach, but the company did urge all of its users to be on the lookout for phishing attacks designed to try and get users to unwittingly give up their own passwords.

This is but the latest in a long line of assaults this year, and if statistics are any guide, 2017 will see a record-breaking number of successful breaches. While there’s a lot that companies can and should do to help safeguard your personal information, it would be exceedingly unwise to rely on that as the only means of protecting your identity online.

Where privacy is concerned, you are, and likely always will be your own biggest advocate, and if data security isn’t at or near the forefront of your mind anytime you get on the web, then you’re probably putting yourself at more risk than you realize.