Have An Android Device? Don’t Download Super Mario Run (Yet) 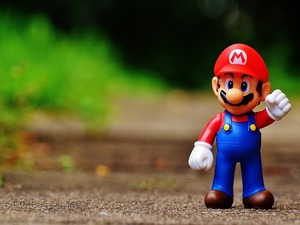 There’s just one problem: Super Mario Run has only been released for iOS devices so far. The Android version is coming, but hasn’t been released yet.

That means if you’ve got an Android device and have the app installed, you’re running malware.

Different vendors offering the app are infected by different strains of malware, so there’s no telling exactly how much danger you’re in, but you can bet that the software isn’t doing anything good for you.

In the best case, it’s installing junk on your phone, hogging resources, and generally making a nuisance of itself. In the worst case, it can take total control of your device, and send all your contact information, pictures, stored passwords and the like to the hackers.

This isn’t the first time hackers have taken advantage of a delay in releasing a popular program on one platform or another, and it certainly won’t be the last, but it underscores the dangers in rushing blindly out to get the latest whiz-bang distraction without having some basic due diligence.

The risks are to more than just your phone, and your personal information, too. If you work for a company with a BYOD (Bring Your Own Device) policy in place, and you use your phone to access company resources and proprietary data, then you also put the company you work for in danger, and that can have far-reaching consequences.

Your best defense is to wipe your phone and commit to only installing apps from the Google Play Store. While it’s not impossible for infected software to slip through Google’s filters, it happens a lot less often than it does on third party platforms.