How To Fight Time Wasters That Kill Your Productivity 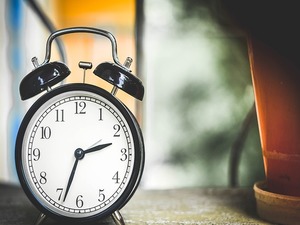 Your Email, and You

For most people, email is the single biggest time sink in the day. It’s just so easy to get lost in your inbox. You probably get upwards of a hundred emails a day, and if there’s an unopened message in your box, you feel as though you’re letting someone down by not responding. That’s what creates the false sense of urgency and the need to constantly check it.

Get out of that habit. Set aside twenty minutes, three times a day for checking and responding to email. For the rest of the day, close out of it, don’t look at it, and don’t think about it.

Smartphones are fantastic creations, but they also increasingly chain us to our work. How many times does your smartphone beep or chirp during the course of the day? Dozens? Scores? And when it does, you probably reflexively reach for it to see what’s up. Before you know it, you’ve spent ten or fifteen minutes texting, reading, or responding in some form or fashion.

Don’t do it. Get out of the habit. If you have to, turn your phone off for long stretches of the day so you can focus on the stuff that really matters.

The best policy here is don’t even go to those sites during the day. If you do, then in the blink of an eye, an hour or more is gone and you’re left wondering where the time went.

Finally, let’s close out this discussion by saying a quick word about multitasking. Most people do it because it makes them feel like they’re accomplishing more, but more often than not, you’re actually less productive when you try to do multiple things at once, so get out of that habit too. Focus on one task at a time, knock it down, and then move onto the next.

If you put all of these ideas into practice, starting today, you can easily find yourself with an hour or more, every single day. That’s huge.