Internet On Your Next Flight Might Be Significantly Faster 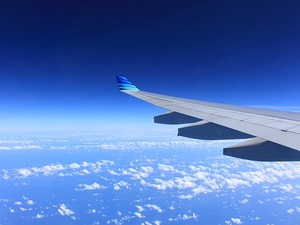 The suit was dropped not long after, but there are signs that the American Airlines/Gogo relationship might be strained. Recently, the airline entered into a new contract with ViaSat to provide Wi-Fi service aboard 100 new planned Boeing 737 Max jets. Even more tellingly, however, the company had more than five-hundred aircraft whose Gogo contracts had expired, and those contracts were not renewed. Instead, they were also given to ViaSat, and all the Gogo equipment is being stripped out.

Steve Nolan, a spokesman for Gogo, downplayed this issue, calling it “really old news,” but the fact remains that this marks a significant shift away from one Wi-Fi provider and to another. Long-term, the American Airlines/Gogo partnership could be in trouble, despite statements from both companies to the contrary.

For you, the consumer, the news is nothing but good. ViaSat’s network speeds are significantly faster than Gogo’s, and if you log a lot of in-flight miles on American Airlines planes, the result for you will be that you’ll soon be enjoying faster in-flight internet speeds. That means you and your employees will be able to get more work done in-flight, more efficiently. It also means that during those especially long international flights, you’ll be able to enjoy a bit of Netflix or other entertainment until you reach your destination.

If you’re a Gogo investor, on the other hand, this is a situation that bears watching. American Airlines is a major contract for the company, and a sudden splintering could put their future in doubt.