New DSL Type May See Faster Speeds In Near Future 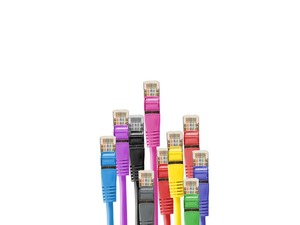 That’s huge, but it gets even better. The company was also able to coax 8Gbps over 30 meters.

The project is part of Nokia’s successor to G.fast, which has been successfully rolled out in a number of countries over the past few years. XG.fast promises to take it to the next level, and the initial plan will be to roll G.fast out in the UK.

The decision to introduce the technology in the UK first is a bit of a departure for Nokia, but is likely driven by their desire to match or exceed the speeds offered by their primary UK competitor, Virgin Media. By 2020, they hope to have G.fast/XG.fast in as many as ten million UK homes.

There are a few wrinkles, of course.

The secret to XG.fast’s success is that the higher bandwidth comes courtesy of their use of a higher signal frequency, with G.fast starting at 106MHz and running through 212MHz, while XG.fast uses between 350MGz and 500MHz.

The problem here, though, is the fact that higher frequencies are more prone to signal disruption, which causes speeds to drop off quickly over any significant distance. Nokia has partially offset this problem by using vectoring, which is the functional equivalent of noise cancellation technology in stereo speakers.

5GBps over 70 meters is fairly impressive, and is vastly more than the 2GBps that the company had originally hoped to achieve. At that distance, a single DSLAM can service a dozen or more homes in that radius, so while they would have to be deployed in relatively high density, the cost of doing so is still far less than running fiber optic cable everywhere, which makes it a tremendously cost-effective solution.