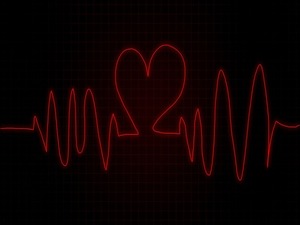 The problem that the current generation of fingerprint scanning technology suffers from is that hackers have been able to find a variety of clever, shockingly simple and devastatingly effective ways to fool the system.

When the tech was initially rolled out, it was assumed that since each person’s fingerprints are unique and that they stay with the person they’re attached to, they’d provide an additional layer of smartphone security.

Unfortunately, any hacker armed with something as unlikely as a gummy bear can capture a fingerprint and use it to completely circumvent the system.

Qualcomm’s latest improvement to the technology now detects for the presence of blood flow and heartbeat, making it much more difficult (though certainly not impossible) to circumvent.

The next-gen tech will begin appearing in phones using Qualcomm tech by 2018, and in addition to providing better security, the improvements open up a new frontier of exciting possibilities, especially in the area of health-related apps.

Starting next year, developers will be able to build health-tracking apps that don’t require third party hardware attachments to gather critical health information, or at least not nearly as much third-party gear as is required by the current crop of such apps. This will almost certainly increase adoption rates.

Undoubtedly, not long after the new tech makes its appearance, hackers will show the developers the weaknesses embedded in their improvements, and the cycle will continue. However, it’s a good step forward, and should serve to make any device using the tech more secure. Given the current landscape, any move toward greater security has to be counted as a good thing.