New Tech Can Copy And Mimic Your Handwriting 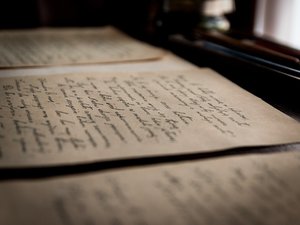 As an experiment, try writing the same sentence ten times. See how much variability there is in the words, letters and spacing? Not only does the spacing between the words in the sentence vary from one to the next, but so does the spacing between individual letters. The shape can vary markedly from one iteration to the next, too.
Fortunately, this is the kind of problem that machine learning is especially adept at solving, as the researchers have recently indicated.

As to how good their algorithm is…not even the authors of the samples could tell the difference, when comparing their own handwriting with sentences generated by the computer.

The algorithm works by marking up each letter, and every punctuation mark, analyzing them in detail, and examining the variance between duplicated letters to create a baseline. At that point, if the user types in text into the box provided, they’ll get back the same words, written in their own hand.

In terms of practical application, one of the things the team is already doing is finding samples of long dead famous people, and reproducing their works in their own handwriting. So far, the team has found viable samples for Sir Arthur Conan Doyle and former President Abraham Lincoln.

In terms of practical application, it has enormous potential for the disabled, and Amazon’s floral delivery service is currently investigating its use. While your company may not have a specific need for this, it’s a fascinating case study in the capabilities of machine learning.