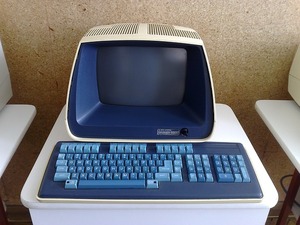 We’ve been down this road before with the company’s much loved, and still surprisingly widely used Windows XP, and the same thing is about to happen here. If your company relies on an older machine that’s still running Windows Vista in order to maintain some Legacy system, it is increasingly urgent that you find a solution, and time’s almost out to do so.

It’s inevitable that the hacking community will find a new flaw in Vista’s security and exploit it, and Microsoft won’t come to your rescue with a patch. Fortunately, Windows Vista never reached anything close to the heights of popularity enjoyed by Windows XP, so the number of users still on the OS is relatively small. In fact, to this day, Windows XP still has a larger user base than Vista, despite having reached its End of Life quite some time ago.

Still, that is small consolation to those users who are still tied to the old OS, usually because of some older, proprietary software that would break if the OS were upgraded. It’s a tricky dilemma. On the hand, migrating away from a system like that can be painful. On the other hand, not migrating once Microsoft stops providing security patches can destroy your company.

If your IT staff is bogged down with other initiatives and can’t tend to this problem, give us a call and talk to one of our talented team members. We’ll assess your needs and help you map out a plan that gets you away from whatever legacy system tying you to the old OS, and into safer territory, while minimizing downtime.