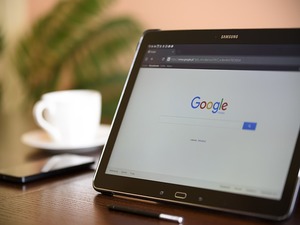 Had Google been successful in the realization of their vision, then virtually all chat software in use today would be cross-compatible. You would have been able to talk to your friends using Yahoo Messenger or FaceBook Chat from your Google Talk console.

Sadly, Google found almost no other company that wanted to collaborate to create the standards by which such a system could flourish. The result has been the utter fragmentation of the market, with each chat software being an island unto itself, with little to no contact with anyone outside of it.

It was a good vision, but Google has formally given up on it, recently announcing that support for Google Talk will end on June 26, 2017. At that point, the servers supporting it go offline, and for all intents and purposes, it ceases to exist.

Things have been trending in that direction for quite some time. In fact, in February 2015, Google shut down the majority of its desktop and mobile client, recommending that its user base migrate to the new Google Hangouts service. Hangouts is built around a proprietary framework, which was the direction most of Google’s rivals went in shortly after Google Talk was launched.

If you use Google Talk, you may have already gotten a formal communication about it. If you haven’t, you’ll be getting one soon.

If you take no action, you will automatically be transitioned to Google Hangouts unless there is some contractual obligation to keep you on Talk, in which case, you’ll get a communication from Google to that effect, discussing next steps.

Either way, though, Google Talk is soon to be a thing of the past.