The Benefits and Risks Of Big Data 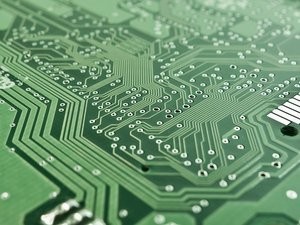 We’ve seen some exciting developments over the past twelve months as companies have been rapidly figuring out how to make best use of all that data. That’s good news, both for businesses and their customers, but it also has a few potential downsides that nobody seems to be talking about much. Below, we’ll wade into the weeds and talk about Big Data’s potential downsides.

Processing Challenges
Data isn’t what drives business. Information drives business. True, raw data is the wellspring from which useful, actionable information comes from, but there’s a process to go through. You can’t just collect petabytes of raw data, make a few mystic hand gestures and pull information from it. Very large datasets require highly-specialized processing paradigms. All of the data processing paradigms we relied on in the pre-Big Data era proved wholly unable to cope with the reality of multi-terabyte data sets, much less data sets that are measured in petabytes. So, to even begin to cull information out of these enormous piles of data, wholly new data processing schemes had to be devised on the fly.
We’ve done that now, and we do have new processes in place for handling the sheer volume of data we now have at our fingertips, but it’s not free and it’s not cheap. The ability to process all that data and turn it into information has a price associated with it and requires skill sets and expertise that many companies simply don’t possess. This naturally means outsourcing that function, or spending time and money cultivating in-house resources. Either way, it adds to a company’s bottom line. That can be okay, provided that the information you ultimately get from the data set can be translated into higher profits, but that’s not always the case. So again, there is a risk.

Analysis Paralysis
The second big risk to consider is that you might find yourself in a position where you’ve got so much data and information that you just don’t know what to do with it all. It takes time to formulate a strategy around the new oceans of information you’ve got. It takes time, persistence and determination. The information you glean from all that data does nothing for you until and unless you form an action plan around it, and that is where many companies struggle. Be aware of the potential for that and guard against it.

Data Stewardship
Finally, collecting vast amounts of data is all well and good, but your customers then have the expectation that you will safeguard all the data you’re collecting. They’re entrusting you with it, and they expect you to keep it safe. One need only look to the recent Sony Pictures debacle to see just how vulnerable large data sets are, and how a company’s own data can sometimes be turned against it. All that is to say, if you’re going to collect it, then you’re going to have to also keep it safe, or suffer the consequences for not doing so.
Big Data is here to stay. It has very quickly become a permanent fixture on the landscape of modern business, so this article is in no way offering advice to ignore it. By all means, embrace it, but when you do, be aware of its potential risks, pitfalls and dangers. Forewarned is forearmed.