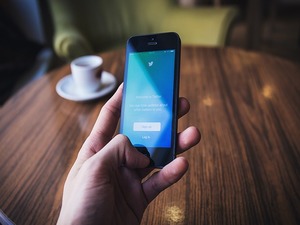 It is the company’s single most requested feature: an easing of the tight, 140-character restriction on Tweet length. And although the company has often reiterated that it was holding fast to the limit, they’ve recently announced a willingness to reverse course in a limited fashion.

Twitter’s founder has recounted numerous times that listening to dispatchers on the radio converse using short, clipped phrases was the original inspiration for the social media platform we have today. He seems content to keep the company on that basic trajectory, but the recent announcement will see a slight easing.

For instance, when you upload a picture or video, the file name will no longer count toward the character limit, which is big news for companies that make extensive use of the platform, because it will give users a few more characters to say more about the image you’re uploading.

Also on the table, direct replies to Tweets will no longer count the characters in the username as part of the limit. Again, this adds flexibility and functionality to the system and is especially welcomed news for companies engaging with their customers on the platform.

Of course, in recent months, we’ve seen people get around the character limit by simply tweeting out sequentially numbered messages and saying what they want, how they want, regardless of the artificial limit imposed by the company. This, of course, has its own drawbacks, but as the users have demonstrated, if Twitter is unwilling to budge, they’ll find their own way.

There have been some reports that Twitter is even considering expanding the upper limit to ten thousand characters, which would be paradigm shifting. For now, though, that seems unlikely. If such an expansion were to occur, based on what we’ve seen so far, the company would be likely to take a phased approach.

While there’s no firm timetable on when the new rules will be rolled out, the simple fact that they’re coming is welcomed news indeed.