Using Non-HP Inks In HP Printers? HP Is Stopping That 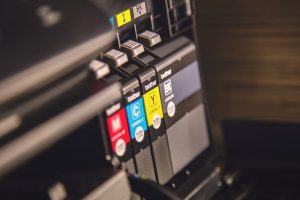 Known as the “Razor and Blades” model, the key piece of the puzzle that makes it profitable is the fact that printer companies try to limit third party vendors from offering lower priced cartridges that fit their machines. On September 13 of this year, HP took things a step further. They updated the firmware on their entire line of printers such that their machines will reject any ink cartridge that does not have an HP chip embedded in it.

This is hardly the first shot in the longstanding war between printer manufacturers and third party cartridge vendors. Past firmware updates have made it such that if the printer recognizes a third party ink cartridge, it will display the “low ink” message well before the cartridge is actually low, increasing the annoyance factor for users of third party ink. Over the years, a variety of similar strategies have been tried, each meeting with at least limited, short-term success.

HP’s hope here, though, is that they’ll be able to create a captive market for their ink. Unfortunately for them, that’s not likely to happen. A Dutch third party cartridge vendor has already announced that they’ll be updating their cartridges as of next month with chips that will be able to fool HP’s detection scheme. Such a move only serves to alienate the owners of HP printers, and make it more likely that when it comes time to replace their current device, their next one will be made by some other manufacturer with a more permissive policy toward third party vendors.

Perhaps what this points to is that it’s time to rethink the “Razor and Blades” model altogether. In the meantime, know that if you have HP printers in your office, you’re probably going to have to pay more for ink in the near future.