Why Firewalls Matter for Your Company 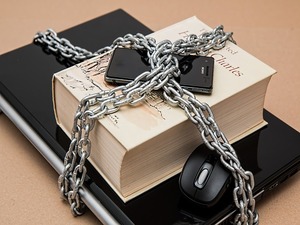 First, if you have an antivirus program installed, running, and up to date, good for you. An estimated one quarter of all internet users don’t even bother with that , so you’re ahead of the game if you do. It’s true, running any antivirus program will slow your system down a bit. For most of us, that’s not really an issue. The computers we have on our desktops are so powerful that we typically on use a fraction of their capabilities. The only people for whom this isn’t true are gamers, who routinely give their machines good workouts that push them to their limits, but if all you’re doing is checking your email or browsing Facebook, you have nothing to worry about. All that to say that for the vast majority of us, the slight degradation in system performance isn’t a valid reason not to install some kind of antivirus protection.

The good news is that a decent antivirus program will protect you from a significant percentage of attacks, but by itself, only represents a partial solution. It’s like a knight going into battle with his shield raised, but no armor. In order to get the best possible protection, a firewall is needed. Firewalls in the digital world act a lot like their real world counterparts. In a building, a firewalls compartmentalize a building, so if a fire starts in one section of the building, the whole thing won’t go up in smoke. Same idea where your computer is concerned, except in the case of your computer, what the firewall is doing is monitoring network traffic looking for patterns it hasn’t seen before. For example, if you don’t normally get lots of incoming traffic from Latvia, and you suddenly start, a properly configured firewall will block that traffic and flag it for your review later.

Fortunately, almost every computer sold today comes with firewall software built-in. The default settings allow pretty much anything to get through, so you do have to spend a little time familiarizing yourself with the system and configuring it to provide a reasonable level of protection, but all told, that should only cost you about an hour’s worth of time. Isn’t protecting all the data on your system worth at least that?