Will Your Body Provide Passwords To Devices In The Future? 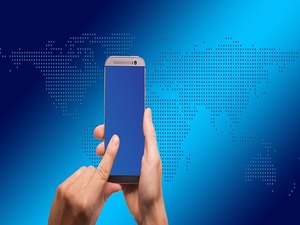 This is fundamentally different from biometric technology, although they can utilize the same components of devices. In this particular case, the technique makes use of signals that are already being generated by the devices in question, rather than using a password which is transmitted over the air or manually entered into the device itself.

The new method is inherently more secure, because any time password information is transmitted via WiFi or Bluetooth, you run the risk of interception. In terms of practical application, this new technique will likely be used to secure medical devices like insulin pumps, but ultimately, early indications are that this is the wave of the future.

Obviously, more research and refinement is needed in order to perfect the technique, and researchers will need more complete access to manufacturers’ equipment, but this represents something close to the Philosopher’s Stone in terms of digital security. So far, literally every password scheme ever devised has suffered from the same basic drawback. The password data has always been vulnerable during transmission.

The research team presented their findings at the 2016 UbiComp conference in Germany. During the proof of concept demonstration, they performed tests on ten people at the conference, using an Adafruit touchpad, a Lenovo laptop, an iPhone and a number of fingerprint scanners.

Everyone involved in the demonstration was able to generate a transmission between themselves and the target device, even while moving. Transfer rates varied between 25 and 50 bits per second, which was more than sufficient to transmit password information. This is a truly exciting technology, and one to watch.