Windows 10 – The Most Successful OS Launch in Microsoft’s History 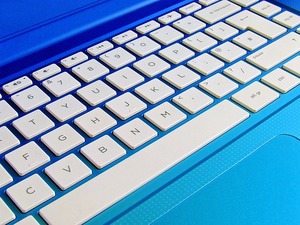 Windows 10 has now been in public hands long enough that we can report that Windows 10 seems to be falling into that latter category. Early reports from their exploding user base show that people genuinely like the new OS, and the company has proved to be extremely responsive to change requests and user-driven feature requests, which has not always been true of the company.

Their user base, by the way, is enormous. In fact, Microsoft is reporting that Windows 10 has seen the fastest rate of adoption of any OS in company history.

Part of that, of course, stems from the fact that Microsoft made the somewhat controversial decision to give the software away as a free upgrade to all Windows 7 and 8 users (including those who obtained the older software illegally). As of August, 2015, the company boasted 75 million registered users. By December, that number had jumped to 200 million, and the pace of adoption is only accelerating. To put that into some perspective, that’s actually a 75% faster rate of adoption than Windows 7 saw, and more than 400% faster than luckless Windows 8 experienced.

Traditionally, when Microsoft releases a new version of their OS, they charge their customer base for the pleasure. That’s why the decision to give it away freely raised so many eyebrows, but since Satya Nadella took the helm as CEO, the company has been making changes and doing lots of things right. As Nadella argues, Windows 10 is “gateway software.” By giving it away, it’s more likely that users will purchase Microsoft’s numerous other offerings. That does indeed seem to be the case, and if the company’s projections on the rate of adoptions holds, they could be looking at a one billion device installed rate by 2018. That’s big news indeed.