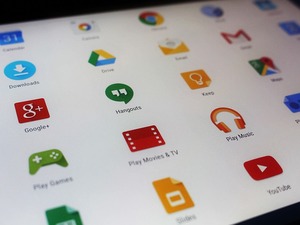 The Trojan originated in China, and is most commonly found in China, India, and Pakistan, although when counting all its variants, it has a global reach. To give you some idea of how profitable it is for the hackers who created it, based on the current rate of infection (about 1.4 million new installs per day) and assuming an average profit of $0.50 per new installation, which is the typical price users pay for what they think is a legitimate app, the creators of the Trojan are netting an impressive $500,000 per day, even after accounting for processing fees.

Once installed on a user’s mobile device, the Trojan gives itself root level permission, which makes it virtually impossible to get rid of. At that point, virus scanners and anti-malware software cannot remove it. Even restoring to factory settings won’t get rid of it.

The software proceeds to install all manner of unwanted games and apps, including porn apps, and it does so at an alarming rate. In fact, tests were conducted on the Trojan to get a feel for just how active it was, and it was discovered that in the span of just a few hours, the Trojan accessed the network some 10,000 times, downloading more than two Gigs of data. If you’re on a plan with tight data caps, then in addition to getting bombarded with huge numbers of unwanted apps that reappear not long after you delete them, Hummer and its variants could cost you big on your monthly cell phone bill, as you vastly exceed your data cap.

Although Hummer is the largest and most pervasive, it is by no means the only app of its kind, and it underscores the very real risks associated with downloading apps from non-trusted sources.