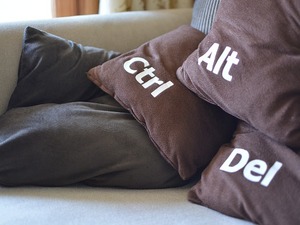 It’s a series of keystrokes that pretty much everyone who has ever used a Windows PC knows well. It is, after all, your escape hatch. When the program starts misbehaving, it’s a user’s go-to keystroke command to force-quit the issue, and surprisingly, Bill Gates said in a recent interview that it’s one of his few regrets.

While that might surprise some, it’s important to note that he wasn’t saying he wished the keystroke command had never been offered – it would be difficult to imagine Windows without it, or something like it!—but merely that he wished it had been included as a single-key function, rather than a three-key function that made it difficult to issue.

Part of the blame for its current form, though, lies with IBM, which initially implemented the function as an interrupt command. Their goal, back in the 80’s, was to make it an inconvenient function that required two hands to issue, so that users wouldn’t execute it accidentally, and it stuck. We’ve had Control-Alt-Delete ever since.

When Gates sat down with Bloomberg recently, he was asked a lot of questions about the arc of his life and the role he played in making Windows the dominant OS in the computing world. Part of the reason Gates said he doesn’t have many regrets is that to change even one minor detail about the way things developed would have an enormous butterfly effect that would ripple throughout the entire industry with unpredictable consequences.

Still, the relative inconvenience of the three-key interrupt command sticks out in his mind as something that he’d change if he could get a do-over today. By introducing it in Windows 3.x, it became an enduring fixture in the computing world, one that remains with us to this very day.

It’s an interesting interview, and well worth the time to read. Check it out on the Bloomberg site.