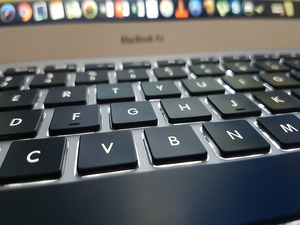 A security flaw recently discovered by a developer named Lemi Orhan Ergin can easily allow anyone unfettered access to everything on your machine, and by extension, give them an easy “in” to whatever network it’s connected to. All they need is physical access.

Exploiting this vulnerability is a lesson in simplicity. All a hacker has to do is enter “root” in the username field, leave the password field blank, and press Enter.

Needless to say, this is a large and rather glaring security issue, and one which Apple will be remedying in the near future via a patch. Until they do, however, be aware that the physical security of your Mac is of paramount importance. Leaving your workstation unsecured and unattended, even for a few minutes, is all it would take to lose control over all the files on your machine and give a hacker access to the even more sensitive data lurking elsewhere on your company’s network.

Unfortunately, as bad as this security flaw is, it’s not the only recent stumble by Apple. Just last month, the company had to issue an emergency patch to fix a flaw that affected encrypted volumes, where the password hint section was displaying the actual password in plain text.

To try this exploit out for yourself to verify how easy it is to use, simply do the following:

That’s all there is to it.

Until Apple issues their patch, the best thing you can do is leave your machine on and lock your workstation when you step away. At least that way, the hacker would have to know your current password in order to gain access.

Of course, they could simply power the machine off and reboot, but that would take a bit more time, during which they could be discovered.

It’s far from perfect, but for the time being, it’s the best protection you have.