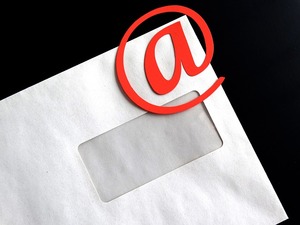 The new bill would update a 30-year old law called the ECPA (The Electronic Communications Privacy Act), requiring law enforcement agencies to get a court-ordered warrant in order to search through email archives and other cloud-based storage systems. Currently, only a subpoena is required, which does not require a judge’s review.

Of course, it remains to be seen whether or not the bill will pass through both Houses of Congress this close to an election year. It may be the case that we’ll have to wait until after the November election results before we see definitive movement on this.

Private security companies agree that this is a strong step in the right direction, and one that’s long overdue, though they are quick to point out that as good and important as this step is, the proposed changes don’t go far enough.

Regardless of what happens with the bill in the short term, it has a broad base of support among both Republicans and Democrats, and is almost certain to pass, if not before the election, then shortly afterward.

You can expect, however, that this battle is far from over. As the FBI demonstrated in their recent entanglement with Apple, they have a very different view on privacy, and the level of access that law enforcement agencies should have. The tensions between law enforcement and privacy advocates is bound to grow over time, with the FBI and other agencies seeing this as a setback for them, and the privacy advocates seeing the changes in the law as a good, if not a modest first step toward greater data protection.