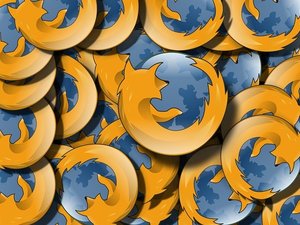 These days though, Firefox’s position is a bit more precious.  The Google deal is still the main source of the company’s income, but they’re also in direct competition with Chrome.  If Google one day decides to pull the plug on the deal, the company could find itself in dire straits indeed.

That’s why they’ve been casting about for some means of expanding and diversifying their revenue, and the strategy they’ve hit on is advertising.

Don’t worry, you’re not about to be buried under a mountain of annoying ads, but with the release of Firefox 60, any time you open a new tab, you’ll see a listing of recommended links based on your browsing history.

Anytime the conversation turns to “recommended links” it naturally brings privacy concerns to the fore.  After all, the only way Firefox can make sensible recommendations you’re likely to be interested in is to track your browsing habits.

Here though, the company has an innovative approach, because all the tracking happens on the client side, so Firefox doesn’t actually store anything. Although they will track how many of the “recommended links” you visit, so they can cull the list and remove any of the ones you don’t bother with, so they don’t keep reappearing.

On balance, it’s a good, even-handed approach that should solve the company’s revenue problems, while treading lightly on the good graces of their user base.

Like it or not, ads are an unavoidable consequence of the internet as it exists today.  At the very least though, Firefox deserves credit for not making excessive use of them, and for respecting the privacy of its users by coming up with a non-intrusive method of deciding what links to display.