Google Personal Data Requests Are On The Rise 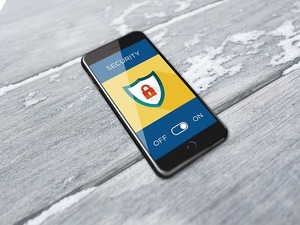 The US government was, predictably, the biggest requestor, with the German, British and French governments also featured prominently.

Note that these figures specifically do not include FISA (Foreign Intelligence Surveillance Act) requests, as such requests are subject to a six-month reporting delay.

Of interest, a key component of FISA is set to expire at the end of 2017, and Google is working with Congress to try and pass a reform that will improve netizens’ privacy protections.

The core argument is that processing requests from foreign governments is too slow, and could be replaced by an update to the US Electronic Communications Privacy Act (ECPA). According to Richard Salgado, Google’s Director of Law Enforcement and Information Security:

“ECPA should also be updated to enable countries that commit to baseline privacy, due process, and human rights principles to make direct requests to US providers.

Providing a pathway for such countries to obtain electronic evidence directly from service providers in other jurisdictions will remove incentives for the unilateral, extraterritorial assertion of a country’s laws, data localization proposals, aggressive expansion of government access authorities and dangerous investigative techniques. These measures ultimately weaken privacy, due process, and human rights standards.”

It’s too soon to say whether Google’s efforts will bear fruit, but if they do, it would be a big step in the right direction, and an unqualified win for privacy watchdog groups everywhere.

Interestingly, Apple also released its annual Transparency Report, which revealed a six percent drop in government requests, compared to last year’s figures. At the same time, though, the number of FISA requests Apple received soared from 2750-2900 related to 2000-2249 accounts to 13,250-13,499 related to 9000-9249 accounts.

Regardless of what happens to FISA in congress later this year, the main takeaway is that governments around the world are making an increasing number of requests for personal data of our biggest tech companies, which is a disturbing trend that is sadly not unexpected.