Hackers Are Upping the Stakes and Holding Networks Hostage 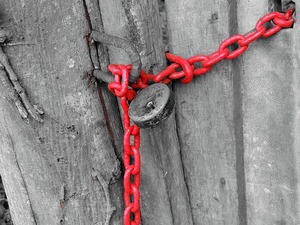 Fortunately, there’s a helpful note on the lockout screen, instructing you to call a certain phone number to get your decryption key, and all you have to do is pay the ransom….

Depending on the machine in question, the data it holds may or may not be worth the ransom demand being made, but in some cases, the attack can have devastating consequences. Take, for example, the recent breach of a Los Angeles hospital. In their case, the whole network was compromised, and all the data on it rendered completely inaccessible. The hackers are demanding a staggering $3.6 million dollars to unlock it.

The move has instantly transported the hospital back into the 1950’s, with the staff reduced to operating from landlines and paper records. The staff is working with the authorities, hoping to catch the hackers as they collect the ransom, but in the interim, the hospital has spent more than a week operating in low-tech mode.

Not every Ransomware threat will have consequences as dire as this one, but as this example illustrates, the hackers are more than capable of causing real world harm, including the possible deaths of patients, whose records are completely inaccessible. The lesson here, is simple. Be on your guard. The hackers of the world are both ruthless and relentless, and they’re coming up with new attack vectors faster than the corporate world can cope with them.