Hard Drives May Double In Speed With New Technology 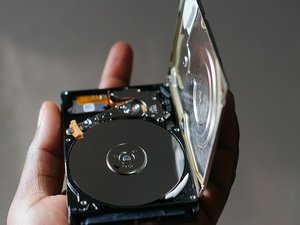 Go big, and go faster.  At least that’s the strategy that both Seagate and Western Digital are adopting.

SSDs tend to get prohibitively expensive as their size crosses the 1TB threshold, which creates an opportunity for HDD manufacturers.  Seagate is currently selling drives with an impressive 14TB of capacity, and has plans on the drawing board to introduce a 40TB drive by 2023, with Western Digital not far behind, aiming for a 40TB drive by 2025.

That’s impressive, but as Seagate mentioned in a recent blog post:

“Capacity is only half of the solution.  If the ability to rapidly access data doesn’t keep pace with all that capacity, the value potential of data is inhibited.  Therefore, the advancement of digital storage requires both elements: increased capacity and increased performance.”

In order to address the performance side of the equation, Seagate is experimenting with a new approach called “multi-actuator technology.”

HDDS are based on platters, with an actuator arm on the top and bottom that write to the platters.

Actuators are all aligned and are designed to move in tandem, but at any given moment, only one arm is writing to the disk.

Seagate’s new solution utilizes two sets of actuator arms, each controlled independent of the other.  With two heads capable of reading and writing simultaneously, HDD speeds can effectively be doubled.

It’s an idea that has been around for a while, but until recently, thanks to the prohibitive cost of the components, it was simply impractical.  With component prices falling, it’s suddenly viable. The combination of massive HDDs and the new technology are making people take a second look at HDD technology.

This is a great advance that breathes new life into HDDs, and is a truly exciting innovation.