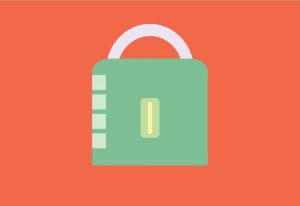 The issue of Microsoft’s data collection habits came to a head in the EU when an EU consumer privacy protection group was able to pass legislation demanding more transparency and user control over precisely what data was being collected on them.

Windows responded this year by giving users a new options screen that allows the user to select from either “Full” or “Basic” data collection settings, which would have been enough to satisfy the new requirement.

Then, the company took things several steps further, first by making the full details of what types of data would be collected at both levels. This is groundbreaking because never before in the company’s history has it revealed this information.

In addition to that, the company also rolled out a new web-based privacy dashboard, which has been visited more than twenty-three million times so far. Finally, the tech giant added new privacy controls for those participating in the Windows Insiders Program, and on the strength of these moves, taken together, announced that the company was fully compliant with the EU’s new rules and regulations.

Company insiders took the high adoption rate of “Full” data collection as a sign that the user base appreciated Microsoft’s extra efforts at transparency. Whether that’s true remains to be seen, but whatever the driving reason, a 71 percent adoption rate on full telemetry and diagnostic collection is an impressive achievement!