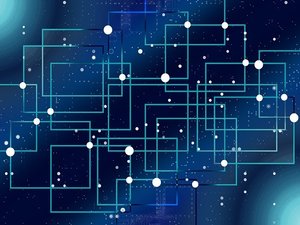 The future is now.

Granted, the Alaska chips aren’t for sale just yet, but they are sampling to customers (“Sampling” in the chip world is akin to beta testing in software).  The chip supports sixteen 50 Gbps ports, four 200 Gbps ports, and two 400 Gbps ports, which will quadruple network output.  Even better, the new chips support both copper and fiber-optic wiring, as well as SerDes (long-reach serialization/deserialization) on system and line side interfaces, allowing OEMs to use the chips for wide-area interfaces.

Also of interest, the new chips use PAM4 (pulse-amplitude modulation), which is a four-level signaling scheme that’s designed to replace NRZ (non-return to zero) binary modulation, and even better, the new PAM4 protocol will be backwards compatible with NRZ hardware.

If all of those technical details make your head spin, not to worry.  The short of it is that once these chips go mainstream, network output is going to increase dramatically, which means that network speeds are about to get even faster.

Unless you run or manage a huge data center, you’ll probably never have direct contact with these chips. However, as big data centers begin deploying them, you’ll absolutely see the benefits.