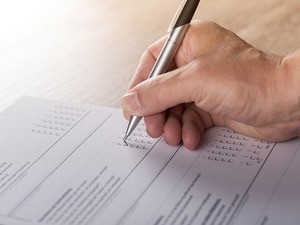 The biggest news was in how many organizations reported that they’d been the victims of a malware attack so far this year, with fully 65 percent reporting in the affirmative. That’s up from 56 percent this same time last year.

Worse, nearly a quarter (23 percent) of respondents indicated that they’d been the victim of a ransomware attack, with nine percent admitting to having paid the ransom to get their files restored. This is significant, because in last year’s survey, none of the respondents indicated having paid a ransom. What’s worse is that nearly half (48 percent) indicated certainty that they’d be hit by a ransomware attack sometime in 2017.

In terms of losses, a quarter of those surveyed indicated that their firms had suffered financially as a direct result of successful attacks over the past year. Of those, 20 percent indicated losses in excess of a million dollars.

Also of interest were the things IT professionals listed as their biggest challenges, with 35 percent citing proper risk assessment, 34 percent citing policy enforcement and 31 percent citing managing the complexity of digital security in general.

To anyone in IT, all three of these challenges will ring familiar. They are persistent hobgoblins that have plagued the industry for years, and unfortunately, that doesn’t show any sign of changing soon.

The silver lining for you as a business owner is knowing that these are the most often cited challenges faced by IT staff. You can assess your own department and begin making the changes necessary to help reduce the impact of all three.

Budgetary constraints may prevent you from solving them outright, but armed with these survey results, you can certainly begin making steady, incremental improvements. Your IT staff will love you for it.