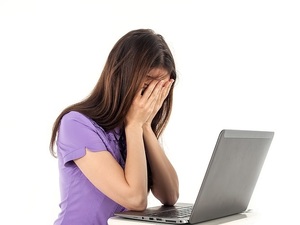 The flaws are incredibly severe, and make it possible for a hacker to gain complete, unfettered access to the targeted PC or laptop.  Although no instances of the exploit have yet been found in the wild, now that both are commonly known, it’s only a matter of time before that happens.

Based on that, and given the severity of the flaw, Intel scrambled to release an update, but here’s the catch:  The update would hurt system performance, lowering it by as much as 23%.

In the end, it didn’t matter.  To ignore the problem was simply not an option, so the company scrambled to get a fix ready and has since released it.  Unfortunately, the fix has proved to be even more problematic than was originally estimated.  In addition to degrading machine performance, it also interferes with a variety of maintenance activities and leads to an inordinate number of system reboots.

Initially, Intel advised its customers to proceed with the download in order to protect their systems, even in light of the performance degradation.  However, as the number of complaints have grown, the company reversed course and has now advised against downloading its latest update, asking users to wait for a revision to be published.

At this point, the company has not given an ETA on when the revised firmware update will be ready, but until it is, you’re placed in an awkward position.  Waiting for the update means exposing your company to risk, should a hacker target one of the machines on your network with the exploit.  Proceeding with the current firmware update means you’ll suffer performance issues, leaving you stuck between a rock and a hard place, at least for the short term.