Ransomware Attackers Are Setting Their Sights On Small Businesses 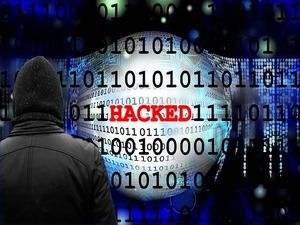 This was indeed the case that when ransomware first burst onto the scene. Hackers were targeting very large institutions, seeming to favor the health care and insurance industries. But that is now changing, at least according to a recent report published by Datto.

The security firm surveyed European IT Service providers to get a sense of the shifting landscape, and made a grim discovery. Based on their survey results, fully 87% of IT service providers indicated that their small and medium-sized business customers had been targeted by a ransomware attack during the last twelve months.

Four out of ten said that they had been hit more than once in that same period.

While the numbers may not match precisely with US figures, there’s no reason to suspect that they’d be radically different, which represents a disturbing trend.

It is unclear what’s driving the shift. It could be simply that most of the low-hanging fruit has already been plucked from the land of corporate giants. Also, as a direct result of those early ransomware attacks, big companies ramped up their spending on digital security, making their networks significantly harder targets than they were just a few short years ago.

Sadly, most small and medium sized businesses don’t have the budget to spend as lavishly on more robust defenses, which makes them the next logical choice for a hacker hungry for new victims to extort.

Perhaps most disturbing in Datto’s findings was the fact that in almost half (47%) of cases where the ransom was paid, the promised unlock key to restore the company’s files was never delivered, or didn’t work, and the company wound up losing their data and the money they paid in ransom.

With a typical ransom running between $500 and $3500 (and sometimes more), it’s a big problem, and it’s getting worse by the month. If your digital security isn’t as robust as you’d like it to be, now is the time to do something about it.

If your own staff is stretched too thin to bolster your defenses, or if you’re not sure how to proceed, call us today. You’ll speak with an expert in the field who can assess your current situation and put you on the path toward greater security, which will give you greater peace of mind.