Ransomware On Mobile Devices Is Climbing At An Alarming Rate 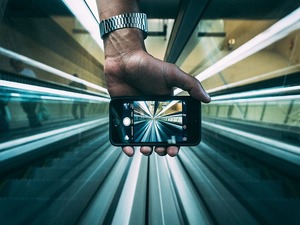 That’s still happening, of course. But now, the hackers have a new target: mobile devices.
Increasingly, hackers are shifting their attention to smartphones. The idea is that although there’s not as much money in them individually, with so many of them in service today, the hackers have what amounts to an unlimited pool of potential victims.

On average, a cellphone locked via Ransomware will net a hacker about $450 USD. Just as with PC infections, about the only choices a cellphone owner has is to pay the fee or reset the phone to factory default settings. That means losing all contact information, apps, pictures and videos they may have on the phone itself.

The hackers have found that overwhelmingly, smartphone owners are willing to pay the phone, because it’s simply too much trouble, time and effort to rebuild your contacts list and restore all the apps most people have installed.

While the rate of infection is still quite small, it’s growing at an alarming rate, having increased by a staggering 50% in the past year alone.

This emerging trend underscores the importance of education and training. Given that employees are increasingly using their smartphones to do work, the increasing rate of infection could put work files and proprietary data at risk. Even if it doesn’t, it can easily result in increased downtime.

The first and best defense is to only download apps from either the Google Playstore or the Apple iStore. Invariably, third party vendors don’t have as many checks and their security isn’t as robust. There’s no app available on a third party store you have such a critical need for that your employees can’t take an extra few minutes to get from a more secure source. It’s just not worth the risk.