Shopped At Adidas Website? Your Info May Have Been Compromised 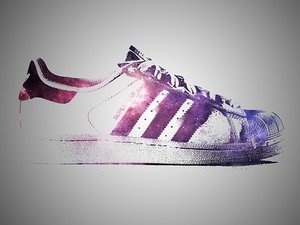 The company became aware of the incident on June 26th, and immediately began notifying “certain customers” that their data had been compromised.

The official statement from the company reads in part, as follows:

“Adidas is working with leading data security firms and law enforcement authorities to investigate the issue.  According to the preliminary investigation, the limited data includes contact information, usernames and encrypted passwords.  Adidas has no reason to believe that any credit card or fitness information of those consumers was impacted.”

At this time, it’s not known exactly how many users were impacted, but the estimates are in the millions. So if you have purchased anything from the Adidas website recently, you should assume that the data referenced above has been compromised.

The company has promised to release additional details as they become available, but for now, the following standard measures should be taken as a precaution:

Unfortunately, 2018 is probably going to be a record-breaking year in terms of high profile data breaches, just as 2017 broke all the records last year.  The escalating number of breaches only underscores the point that in the ongoing battle between beleaguered IT staff and hackers around the world, the hackers seem to have the upper hand.

Part of the difficulty lies in the fact that it’s no longer enough to simply fortify your business network, because so much data is shared with so many third parties.  All a hacker needs to do is to find and exploit a weakness in any of the systems managed by those third parties, and no matter how robust your own security, your data is suddenly at risk.

Sadly, it’s going to get a lot worse before it starts to get better.