This Year’s Leap Second Could Cause Some Computers To Crash 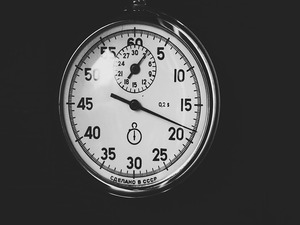 The last leap second was added on June 30, 2015, and caused some two thousand networks around the world to crash. In 2012, the addition of a leap second gave LinkedIn, Reddit, and Qantas problems that took them days to sort out. This had far reaching impact that saw millions of people dealing with access to these services.

Last November, the US sent representatives to the UN’s World Radio Conference. One of the topics under discussion was simply abolishing leap seconds as a means of circumventing the trouble they cause. Unfortunately, the decision reached was to table the discussion until 2023, leaving more leap seconds to be dealt with until that time.

The next leap second is scheduled for midnight, December 31, 2016, and is likely to cause problems with some networks at that time. There are a variety of potential solutions to the leap second problem. Yes, the extra seconds are necessary in order to maintain the accuracy of clocks around the world, but the problems their addition causes are time-intensive to fix, and expensive to the businesses that are impacted. The sooner the World Radio Conference finds some other solution, the better off businesses around the world will be. This is a largely artificial problem that could be solved in better, more efficient ways that do not involve crashing computer networks.