Time Out: Which is the Better Smartphone For Your Kids? 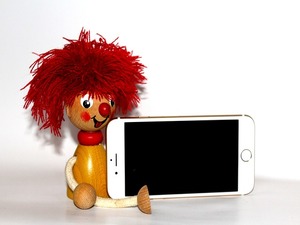 The question then, becomes one of security and protection. Nobody likes to talk much about parental control, but the internet is a wild and woolly place, and it’s all too easy for children (especially younger children) to get themselves in trouble, in compromising positions, or to inadvertently run up exorbitant bills that their parents are on the hook for.

From a pure cost perspective, an Android-based smartphone is the clear winner. You can get a better phone with a richer set of features for less money than a comparable Apple device. On the other hand, part of what makes Android devices cheaper is the fact that Google licenses the OS freely, while Apple, in true Apple form, carefully guards its environment. One of the benefits of doing so, however, is that the company has been able to build in a great number of features that are unique, among these are a good suite of parental controls.

In the Apple ecosystem, the primary parental control tool is their Family Sharing plan. In other words, a parent can set up an account on iTunes or other services, be named as the designated owner, or ultimately responsible party, and then invite other members of their family into their account.

What this accomplishes is that children invited into the main account can’t just buy apps on their own. Instead, they’re prompted to “ask to buy,” and the owner of the account (the parent) gets the opportunity to review the request and approve or deny the purchase. Nothing of that sort exists in the Android ecosystem, which leaves it lagging far behind in terms of family security and control.

This control feature is, of course, only as good and robust as the amount of investigation the parents using it are willing to put into vetting the requests from their children, but if parental controls matter, then Apple devices are the clear winner, despite the added cost.