Windows Slated To Get Surpassed By Android As Most Used OS 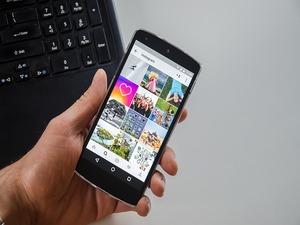 In 2012, Android could claim just 2.2 percent of the total OS market (desktop PCs, laptop PCs and smart devices), compared to a hefty 82 percent market share for Microsoft’s Windows. Fast forward to 2017, and the picture is startlingly different.

If the trend continues, then by next year, Android will surpass Windows as the most used OS in the world.

Microsoft was slow to realize the seismic shift in the marketplace, and once it did, the company’s initial forays into the newly emerging market were clumsy with a number of false starts. The release of Windows 10 represents the company’s latest effort and is their strongest offering to date.

At this point, despite the strength of Microsoft’s latest offering, it is all but certain that Android will overtake Windows as the dominant OS. What remains to be seen, however, is whether Windows 10 will allow Microsoft to reclaim the throne.

If you look at the numbers from just five years ago, suggesting that Android would one day dominate Windows would have been laughable. It was simply unthinkable, and yet, this is the current state of the market.

It matters because it underscores the significance of the shift away from PCs and laptops to handheld devices. That shift will alter, perhaps significantly, the shape and functionality of software for years, if not decades to come.

Since computers first entered our homes, Microsoft has been firmly in the driver’s seat. That is about to change. It’s a brave new world.